On April 27th, the new release from Paisley Field will be officially unleashed to the entire world. The country sensation and front man James Wilson will be celebrating its release with the band and a host of many at C’Mon Everybody, and you’re all invited…

The album has one of the coolest names on the planet, “Glitter and  Sawdust”, as well as many great new country tunes.  In support of the album the band will be heading out on tour and also will be playing Detroit Pride.

I spoke with James and below is a full itinerary of his whereabouts, or how you can find him aside from playing piano at some of New York’s finest clubs and bars.

With your album coming out so soon, what do you have planned for an album release party?

We’re throwing a big party at C’Mon Everybody April 12th with our good friends Karen & the Sorrows and Mylo! It’s a night to celebrate the album with everyone, play some music and have a good time. The album officially comes out April 27th, but you can hear the new songs live and pre-order a copy of the record at the show. Tickets are available now:

How are you preparing for Chicago Pride?

It’s actually Detroit Pride! Listening to a lot of Smokey Robinson. Detroit has such a rich musical history.

Since we last spoke what have you been up to?

We just finished up a residency at Hank’s Saloon which was amazing. I love that place and it was a thrill to have our first NYC residency be at Hank’s. We put out “The Door”, the first single from Glitter & Sawdust, and we started taking pre-orders. Now we’re gearing up for April 12th and preparing for our tours this spring and summer.

Are you planning to tour in support of the album?

Yes! We start touring the end of April with dates in Toronto, Rochester, Ottawa and Kingston. In May we are heading to California to play with some of our musical inspirations Lavender Country. They were the first band to put out a gay country album and it’s revolutionary. You need to hear it if you haven’t. Our good friend Eli Conley hosts the Queer Country West Coast shows at El Rio where we’ll be playing in San Francisco. This concert series was created by Karen Pittelman and it’s really grown. We’re thrilled to be a part of it. We have a whole bunch of other dates including a big queer music festival I’m putting on June 2nd at Drom in NYC. You can find a full list of dates in the tour section on our website.

Who named the album and what was the inspiration?

I’ve been thinking a lot about gender identity and gender roles lately. Glitter & Sawdust is about embracing both the masculine and feminine sides of yourself. There are always those people who want to put you in a box and say you’ve got to be this way, or you’ve got to be that way. I’ve always felt like a bit of an enigma and I’ve never really fit into one category. And I don’t think as humans we are meant to fit into one category. Even when it comes to the gay community. Like as a gay dude you’re expected to be a twink or a bear or a theater queen or whatever. I never identified with any of that. I always thought, can’t I just be me? Glitter & Sawdust is my clumsy way of trying to explain that. I came up with the title, but the album itself is very collaborative.

I loved your behind the scenes video, where can someone view it?

What will your next single be off the album?

The next single is “Keep Swimming,” the first track on Glitter & Sawdust. I’m excited to be working with director Matthew Pandolfe for the first time. We’re coming up with some really fun ideas for the video.

I think that pretty much covers it! We are ready to get out on the road and for people to hear Glitter & Sawdust. 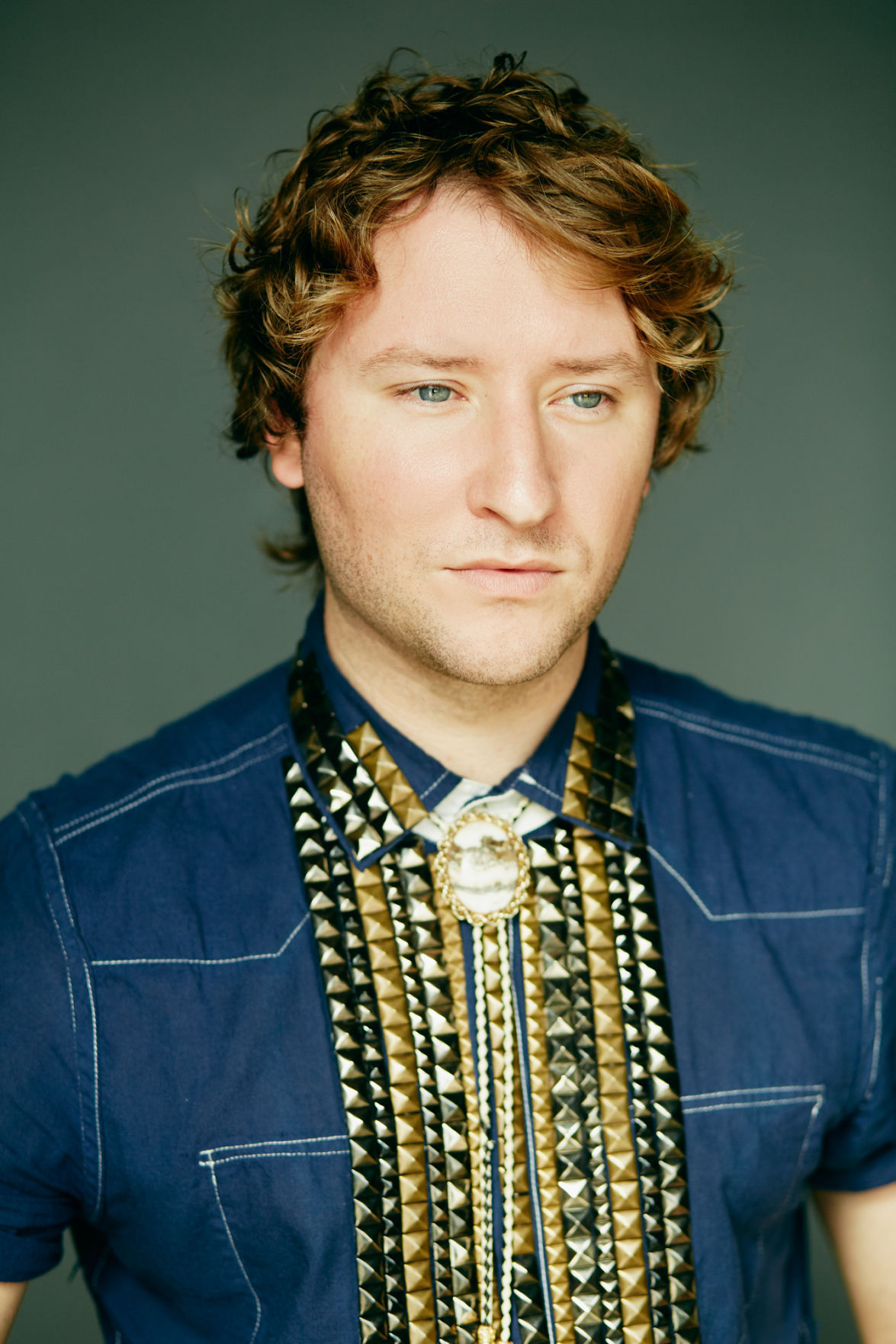