@TheCrowleysBand are four good boys that enjoy looking for an Old Milwaukee Ice sponsorship, playing D&D in the van between gigs, and writing love songs. @MusicNews360 caught up with The Crowleys from their dungeon-like lair in Hamilton, Ontario. We mused about pugs, cabin fever, fusilli, and the color pink. Below are excerpts from our conversation.

The sign of the Zodiac killer. Nah, just kidding Gemini…such a Gemini thing to say.

MN360° – What is your spirit animal? How does it manifest in daily life?

The pug, girls think we’re so ugly we’re cute, and we have difficulty breathing.

“Girls think we’re so ugly we’re cute, and we have difficulty breathing.” – @TheCrowleysBand

The power to butter toast with our minds.

MN360° – How does Canada produce such great music?

Must be something in the water. Or the fact that we are trapped indoors for 5 months of the year.

“We are trapped indoors for 5 months of the year.” – @TheCrowleysBand MN360° – Have you noticed more Americans moving to Canada, as of late?


We don’t notice Americans, but we hear that most of them get to Minnesota and think they’ve made it, so that could be why.

MN360° – What first sparked your interest in music?

Pink Floyd in the womb.

MN360° – What was your first instrument? Did someone gift it to you?

MN360° – Who is your least obvious musical influence?

Bob Ross. We try to emulate the smoothness of his voice with all our work. Also P!nk.

MN360° – What is your process for writing/recording new music?

U-under no circumstance should you lie


MN360° – Whose basement did you practice in? Did it have concrete walls, or was it a finished basement?

We’ve hopped around from basement to basement (literally). From dungeon to decorated.

MN360° – To the extent it does/does not matter, what do your parents think of your music?

It does not matter. Just kidding ma/pa, love you.

The Monkees, Willie Nelson. Are The Wiggles from the 60’s? They certainly have a vibe.

MN360° – Tell us the background behind LA Sunset? From what vantage point are we watching the sunset?

Stu, drummer, brought the song to the band and it evolved into something totally different with everyone else adding things in. A beautiful mosaic, just like Canadian culture, eh. The sunset is being watched from the Moon. Is that possible? During an eclipse?

No, but this one time I didn’t want to get up from the couch so I tried to jedi telekinesis the remote from the table but just ended up peeing a little.

“This one time I didn’t want to get up from the couch so I tried to jedi telekinesis the remote from the table but just ended up peeing a little.” – @TheCrowleysBand


MN360° – What percentage of your songs would you say are autobiographical?

MN360° – For each primary color, can you tell us what kind of amplifier and effects rig the color would be, I️.e. tone? MN360° – Any dreams/visions/insights experienced while in the studio?

The dream of being able to do it all the time, it feels like a second home.


MN360° – Did your sensei require you to perform special tasks while in the studio? Any stories?

Michael Keire had us on a strict schedule of 4am starts, raw egg shakes for breakfast, 100 pushups, 100 situps, 100 squats, and a 10km run. Everyday. We all went bald.

“Michael Keire had us on a strict schedule of 4am starts, raw egg shakes for breakfast, 100 pushups, 100 situps, 100 squats, and a 10km run. Everyday. We all went bald.” – @TheCrowleysBand

But really, Mike’s great. He brings the best out of any type of musician. You should go and make your own stories.

MN360° – Is a pink rainbow only pink? What happens to the other colors? 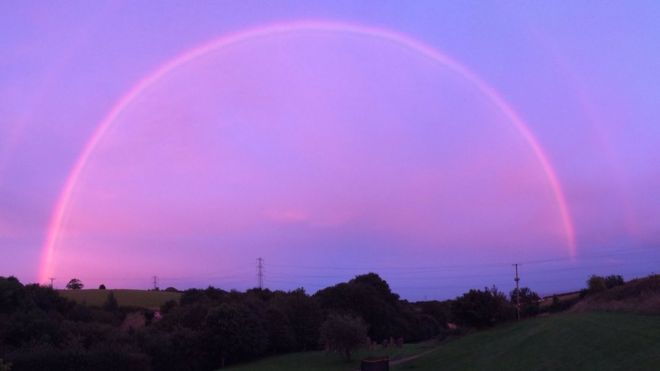 MN360° – Do you see a connection between performance and religious experience?

Stuart’s a God on the drums so…that.

We all met in high school, and Justyn met Kaulin when he was born cause they are brothers. We stole Stuart from another band, we didn’t ask, he just came over once and never left. We bonded over our love of fusilli.

“We bonded over our love of fusilli.” – @TheCrowleysBand

MN360° – What were your most/least favorite classes in high school?

Stuart: Math because he’s a nerd

Everyone else: Lunch because they’re meat-heads

Stuart: Lunch because the meat-heads would steal his lunch money because he is a nerd.

Everyone else: Math because they are meat-heads

A guitarist got naked during his band’s set and only had a guitar to cover his bits. Then the lead vocalist got naked…he didn’t have a guitar. Pinky winky.


“A guitarist got naked during his band’s set and only had a guitar to cover his bits. Then the lead vocalist got naked…he didn’t have a guitar.” – @TheCrowleysBand

MN360° – What do you do to occupy yourself between shows while on tour?

We play DnD in the van!

“We play DnD in the van!” – @TheCrowleysBand

MN360° – How about strangest place you’ve crashed while on tour?

Birds and crickets cause we’ll all be dead, or whatever our robot overlords are into.

See, I know you’re looking for a theme throughout this interview so you probably want me to say pink. But I’m not gonna, I’m not gonna give you the satisfaction.

Nothing. This world is too full of crappy ads as it is. Give the peoples minds a break!

Fire Bug: "A Super Talent" by Eileen Shapiro Jules and Juliette are the center of the pop rock duo/ band…